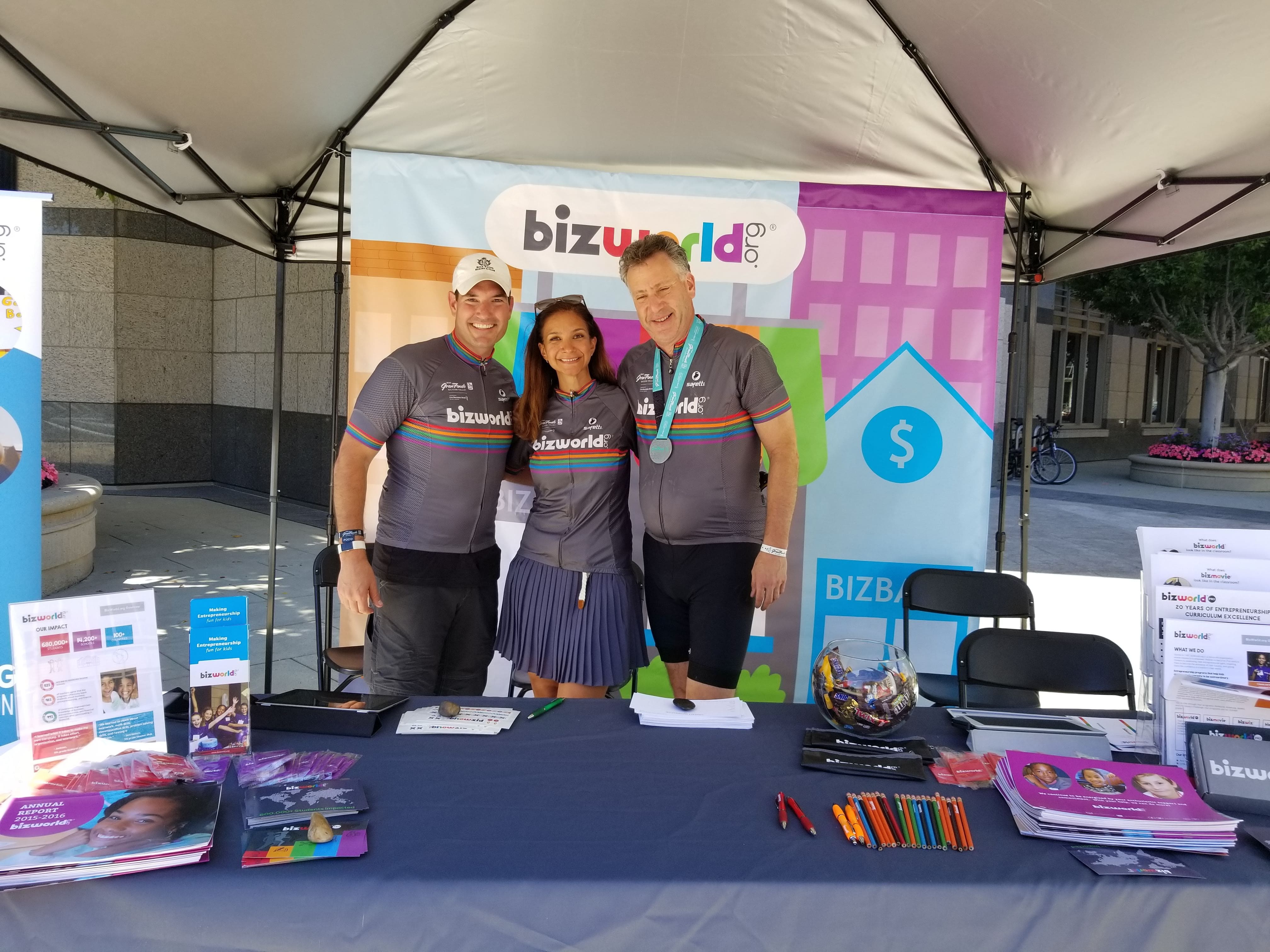 We’re thrilled to be charity partners with the RBC GranFondo Silicon Valley ride for a second year happening on June 22, 2019. We interviewed our long-standing board member, Harry Gould, on his experience on this wonderful ride in California.

1) Tell us about your experience on the RBC GranFondo Silicon Valley ride last year.

I had an amazing opportunity to help create and participate in the first inaugural GranFondo Silicon Valley bike ride last year sponsored by RBC/City National Bank. Here’s how the story comes together: I had met Neil McKinnon, Chief Enthusiast of the GranFondo a couple of years ago when I cycled the GranFondo in Whistler, British Columbia. I was immediately drawn to him and the ride in Silicon Valley in 2018. Being a board member of BizWorld, I saw an opportunity to introduce Neil to Thais Rezende, CEO of BizWorld, in an effort to help raise funds for BizWorld while offering donors an opportunity to give back and participate in this beautiful ride.

The 60-mile ride went from East Palo Alto to the Pacific Ocean and featured scenic and breathtaking views of the Bay Area. There were many hydration and rest stations as well as healthy nourishment along the way. The ride became especially challenging because it was one of the hottest days in the Bay area as the bikers were headed back over Tunitas Creek, a steep 6.6 mile climb in San Mateo county. I would definitely do this ride again!

RBC was a terrific and generous sponsor of the GranFondo, BizWorld and the other charity partners. It was a great way to bring riders, partners and volunteers from all over the Bay Area together to celebrate leadership and community and have fun, while taking advantage of the beauty of the Bay Area.

2) Why it is important for you to support BizWorld during this ride?

I’ve been supporting Bizworld for over a decade now and am currently on the Board of Directors for the organization. I believe strongly in BizWorld because it teaches kids to become entrepreneurs and to communicate in a team environment. Children ignite their creativity and understanding on what they want to do as they grow and what it takes to create a successful business.

I taught BizWorld in all three of my children’s 4th and 5th grade classes, and also to at-risk kids in their schools. All of the children learned the fundamentals of what it takes to run a business and how to do things in a business setting. I haven’t seen a more engaging program. I liked BizWorld so much I decided to join the Board many years ago.

3) Why would others be interested to support Bizworld and the other charity partner on this ride?

There are not many events that combine healthy inspiration and good giving, and encourage taking advantage of the beautiful Bay Area which we are blessed to live in. The RBC GranFondo brings the community together in a fun and impactful way so that we all have a better understanding of people and important causes. Events like the GranFondo help us all to become more tolerant and supportive of other folks and organizations. The RBC GranFondo offer an amazing ride, inspiration and giving all in one place.