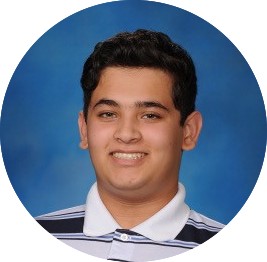 We had a chance to interview Uniart’s CEO, Connor Chatterjee, a 16 year old who is determined to solve world issues and make the world a better place. We asked Connor some questions to learn more about UniArt, the website he started for students to sell their creative works and earn money to pay off college debt.

Tell me a little bit about your company and what interested you in starting Uniart?

UniArt started off as a company designed to reduce college debt. I'm a speech and debater and one of the things I do as a speech and debater is find a problem and solve it through hypothetical legislature. However, with UniArt I realized I didn't need legislature and that I could make a business to solve problems that trouble my generation and America's future generations.

I see UniArt doing sales nationwide, starting to expand internationally, and possibly include other items to sell and or new tax advantaged accounts to deposit profits into.

I hope to learn how to start a company from the ground up, make connections, and have a chance at competing at Demo day.

My father and mother have always been big picture people and raised me to try my hardest to influence the world in a positive manner. With that upbringing, I was always fascinated with issues around the globe and across the nation. Some notable issues I'm passionate about solving, or at least researching further, include are obesity rates and how agricultural subsidies exacerbate the current crisis, medical devices malfunctioning and injuring millions, millions of children being sex trafficked under our noses, homelessness (specifically in San Jose and San Francisco), WIFI deficiency negatively impacting schools in low income communities, the opioid epidemic, fentanyl being laced in everyday street drugs, climate change and how to mitigate it, healthcare reform, airplane safety regulation, unjust striking's of POC jurors based on the color of their skin, and a plethora of other issues that I have researched less.

Can you explain a little more about how you see college debt affecting your community and those around you?

College debt affects my community because it deters kids from trying to obtain a higher education due to costs. I have two friends who have told me that they were unattracted to college because it was so expensive and that they wouldn't be able to pay if they got into the colleges they wanted to go to. Both of them brought college debt to my mind, as I had dismissed it as an issue previously.

If you could sell one product on your site, what would it be?

If I could sell one product, it would be a landscape/seascape painting due to the fact that I highly adore those types of paintings.