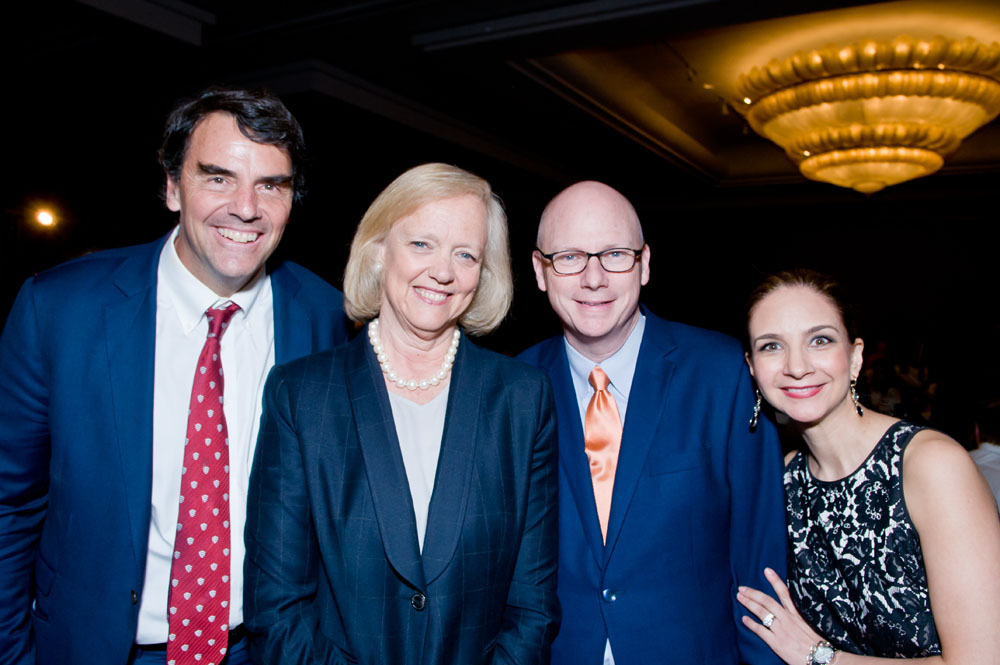 Our 5th Annual Awards Dinner inspired and brought together nearly 300 business leaders throughout California and students from four local schools. Guests came to the Park Central Hotel in San Francisco last Tuesday evening, April 19, to support BizWorld.org and honor Meg Whitman, President and CEO of HPE with the Excellence in Leadership award. Twice a year BizWorld.org comes together to celebrate the impact our innovative programs are having in children’s’ lives around the world and honor one of today’s prominent leaders who serve as role models to these kids. In addition, we also introduced the Bill Porter Award to honor the legacy of the late William Porter, co-founder of E-trade and International Securities Exchange. Two well-known individuals, Alison Davis and Kelly Porter, co-chaired our awards dinner. Our deepest appreciation goes out to them for their leadership and commitment to the success of the event.

The evening kicked off with guests networking at a cocktail reception. Guests then came were welcomed by the night’s vibrant emcee, creator and host of The Valley Girl Show and CEO of Valley Girl, Inc., Jesse Draper. BizWorld.org’s CEO Thais Rezende gave an inspiring keynote address, impressing the crowd with the organization’s accomplishments and goals for the future. She highlighted that BizWorld has reached nearly 600,000 children with our programs in over 100 countries around the world! She also announced BizWorld’s newest innovation called the BizWorld Impact Challenge that gives children the opportunity to run their own businesses, but also develop their roles as active citizens in their communities and give their profits to social causes of their choosing. Check out our Impact Challenge video. 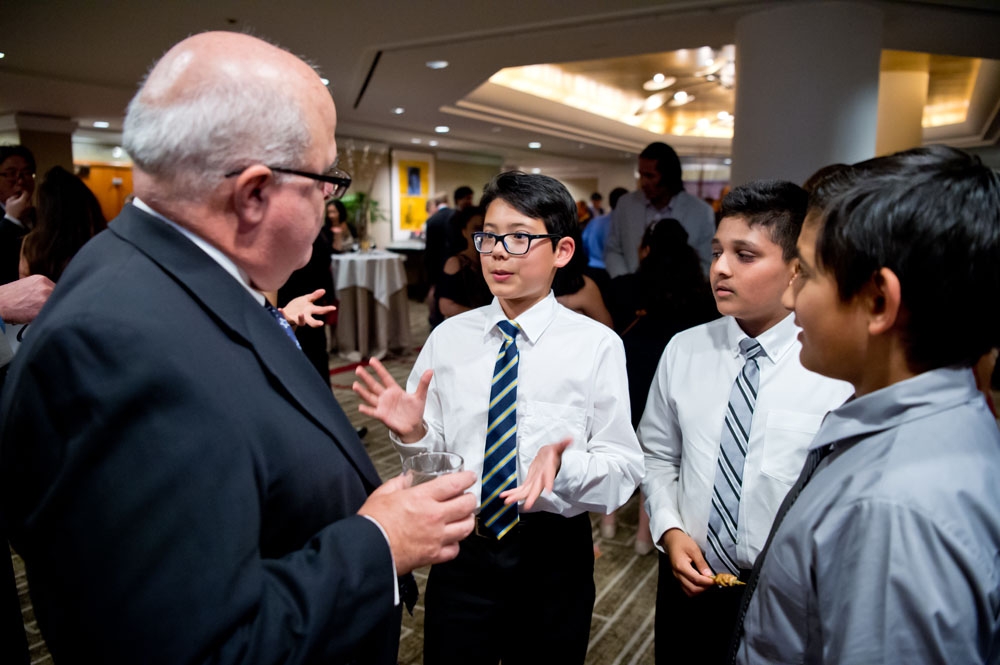 We were pleased to also have a special guest speaker, Sherri Wright, BizWorld teacher from Hidden Hills Elementary in San Ramon, CA, speak about her BizWorld classroom experience and the positive and lasting impact BizWorld has had on her students and their families. Her heartfelt remarks were greeted by a standing ovation from the crowd – bravo Sherri! 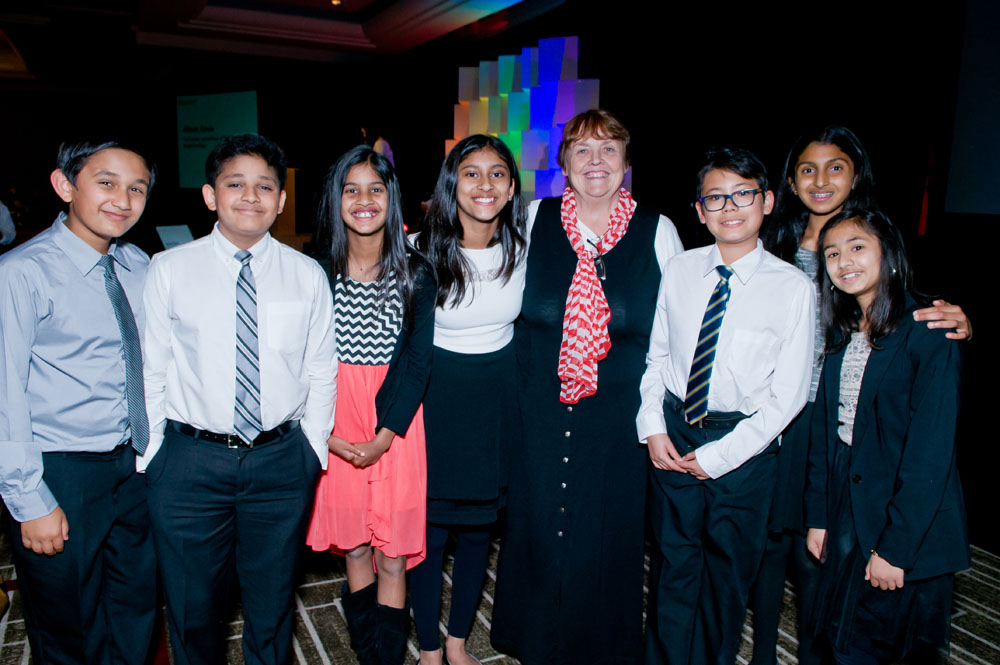 After accepting her award, Meg Whitman and our founder Tim Draper had a highly entertaining and absorbing fireside chat covering a wide range of topics. Meg noted that she is happy to see innovative programs like BizWorld available in schools because they inspire confidence in children as they grow. 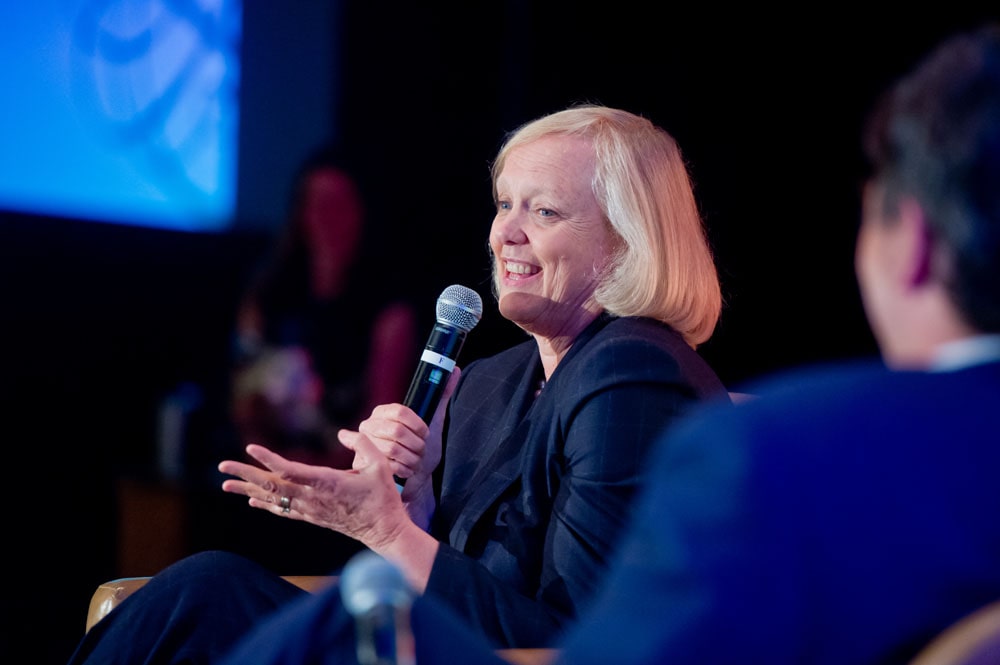 We’d like to thank everyone who attended the event, as well as our amazing sponsors and volunteers who made the event possible. Thank you for your support and commitment to BizWorld.org!